The establishment of Startax AS in 2011 saw the expansion of the business from Finland to Estonia. In 2014, the Group acquired JA-Tools JA-Elektro Oy in Finland and Maskin-Teknisk AS in Norway.

Startax Auto-Electronics Oy and JA-Tools JA-Elektro Oy were merged in 2016, and the new company was named Startax Finland Oy. In the same year, Relais Investment Oy changed its name to Relais Group Oy.

Relais experienced strong growth and international expansion in 2017 and 2018 with the acquisition of Awimex International AB in Sweden and the launch of Startax Sweden Ab’s operations.

In May 2019 we and the Swedish companies AB Reservdelar (ABR) and Huzells i Karlstad AB (Huzells) joined forces and became a leading automotive electrical equipment and spare parts provider in the Nordic countries.

In the beginning of the year 2020, we acquired SEC Scandinavia A / S in Denmark and TD Tunga Delar Sverige AB in Sweden.

Today, Relais Group is a trusted partner to its customers that actively develops the automotive electrical equipment and spare parts business in the Nordic and Baltic countries. We operate in six countries, serving our customers under our Startax, Awimex, ABR, Huzells, SEC Scandinavia and TD Tunga Delar brands. 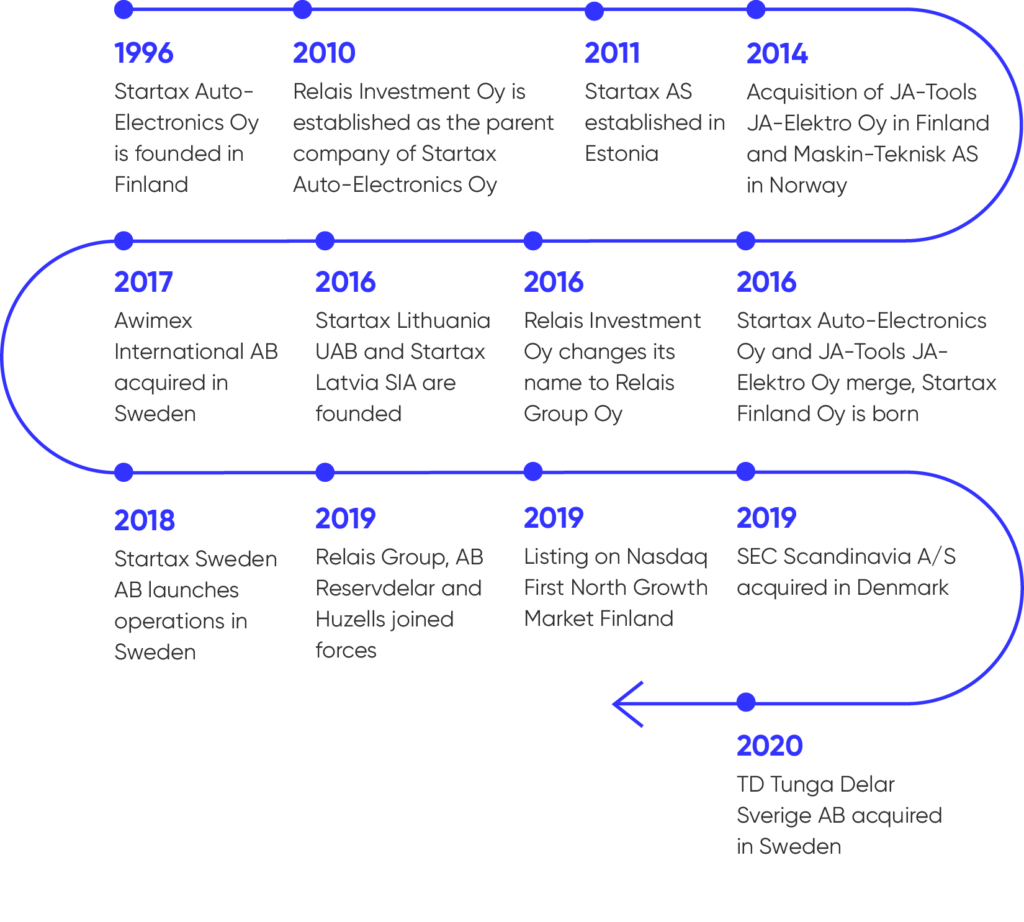